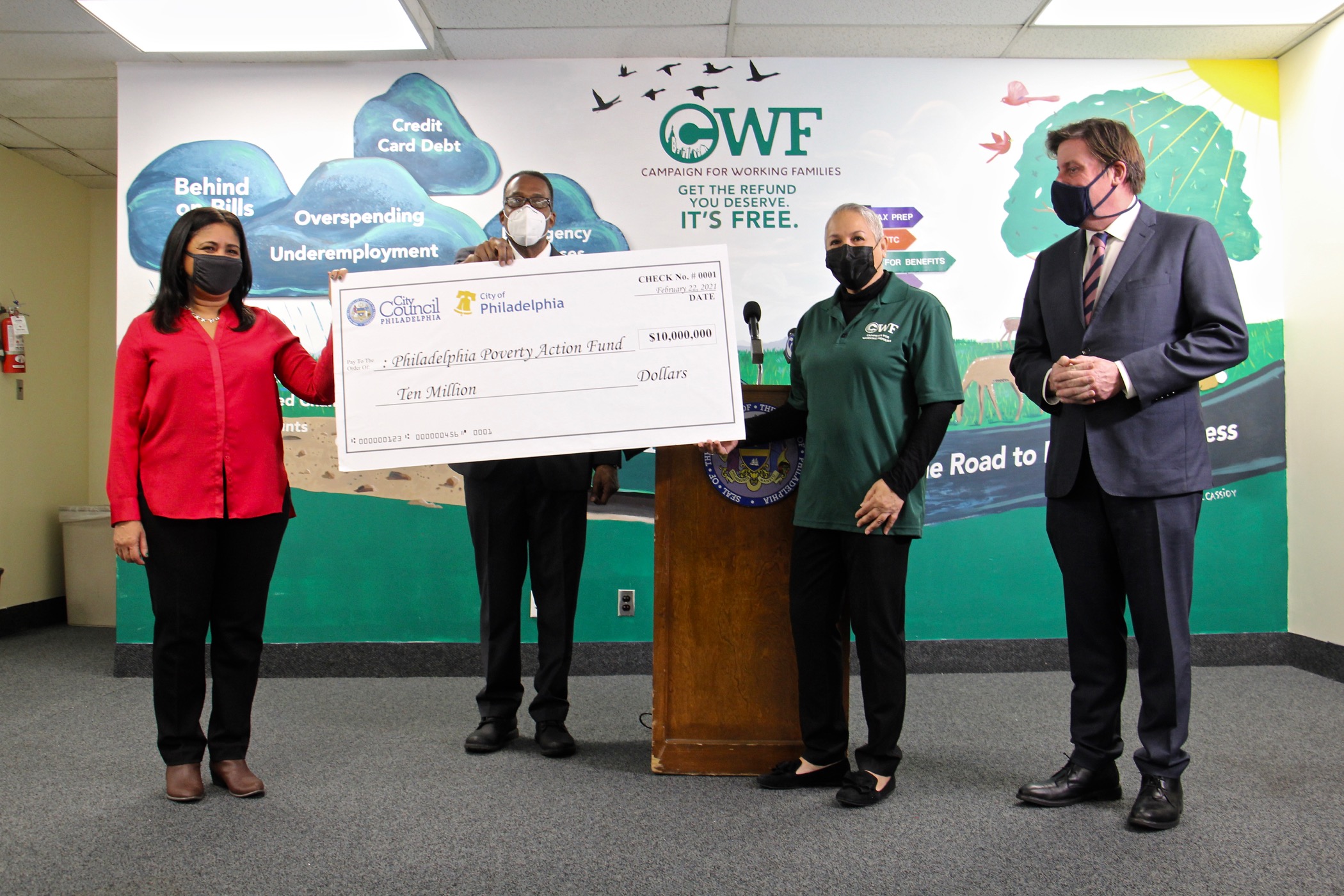 Philadelphia City Council members (from left) Maria Quiñones-Sánchez and Darrell Clarke announce the city’s commitment of $10 million to the Philadelphia Poverty Action Fund. Also present are (from right) Bill Golderer of the United Way and Mary Arthur of the Campaign for Working Families. (Emma Lee/WHYY)

CWF was granted $1 million to lead a coalition to promote equitable financial recovery in North Philadelphia.

In a press conference held today at CWF’s 1415 N Broad Street headquarters, Philadelphia Council President Darrell Clarke spoke of the year-long initiative, called The Poverty Action Plan, which combines the efforts of the public and private sectors to help cure poverty. Bill Golderer, President and CEO of United Way of Greater Philadelphia and Southern New Jersey, announced the Family Stability Community Challenge Awardees. Each of the awards were given based on an organization’s focus on equitable and cross-neighborhood, and for making an investment in individuals who are working hard to make their family’s financial stability a reality.

CEO and President Mary Arthur was congratulated not only for the grant awarded today, but for what CWF has done to serve the community and families with great focus and dedication.

“This is an exciting time for the organization because it will allow us to push the services further,” said Mary. “Through this coalition, we will be able to move families out of poverty. By building access to resources, this is how we make Philadelphia a stronger place. This is a tremendous team that put this together, and I am honored and proud to be a part of it. Let’s get going!”